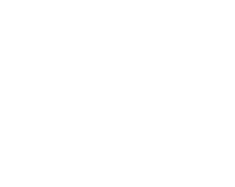 This deep red southern state has a bit of a green thumb, enjoying one of the most sensible medicinal programs outside of the West Coast. The only restriction in Arkansas is the production of certain edibles, including candies, cookies, brownies, and other treats that may appeal to minors.

The Arkansas Medicinal Marijuana Commission released additional cultivation and dispensary licenses in June 2020. In a 3-2 vote, the commission released the two remaining cultivation licenses. The state has eight cultivators approved for business, but just three are currently operational.

Arkansas' limited license structure has the potential to provide the fundamentals MSOs want. With 33 retail and eight cultivation licenses for a market expected to surpass $300MM in 2021, there is plenty of room for operators to achieve scale and profitability. We have recently seen Harvest Health divest from this attractive state to focus on higher ROI projects in their core footprint. Look for smaller MSOs to build density in this market, creating attractive future acquisition targets for the majors.

Investors can find positive ROI projects here that will be prime acquisition targets. This green southern belle will continue to expand patient count and ultimately transition to adult-use, although that may take time as the medicinal regulatory framework is still under debate.