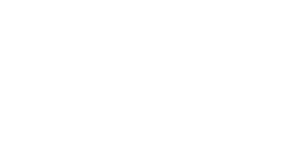 In August 2021, a federal judge ruled it unconstitutional for Maine regulators to exclude out-of-state companies from operating medical cannabis dispensaries in the state. Additionally, in the same month the Office of Marijuana Policy announced the introduction of new applications intended to assist business owners operating within the State of Maine’s Medical Use of Marijuana Program. The two-part effort sees the addition of existing medical marijuana caregiver applications to the state’s online licensing system while simultaneously introducing a brand-new application for individuals and businesses seeking to operate medical marijuana dispensaries in Maine.

The introduction of dispensary applications in Maine represents the first time in more than 11 years that this category of business registrations has been publicly available. As a result of a law change initiated in 2018, the number of dispensaries is no longer limited to the eight registrations issued through a competitive bidding process in 2010.

On the adult-use side of the fence, state regulators stated they will stop enforcing recreational marijuana residency requirements earlier in 2021.

Revenues have increased every month since adult-use sales began in October 2020. After setting a new record for adult-use cannabis sales in July 2021, The Pine Tree State upped the ante in August 2021, with sales jumping to $10MM. July was also the first month that the adult-use market has matched the medical program in sales.